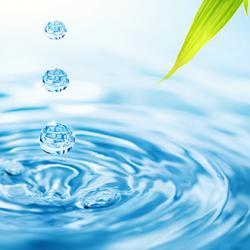 Revised Thinking on Adaptation: Will We be Less Successful than Assumed?

Presented by: Joel B. Smith

Registration link:  Register in advance for this meeting:

After registering, you will receive a confirmation email containing information about joining the meeting.

In my early days of assessing climate change vulnerability and adaptation, I was relatively optimistic about the ability of the United States to adapt its “managed systems” to the projected climate change impacts. Managed systems have active human involvement such as management of coasts abutting settlements, water supplies, and flood management. In contrast, I have always been concerned about climate change impacts on natural ecosystems and developing countries because of a relative lack of adaptive capacity. My optimism was born from assumptions that anthropogenically induced climate change would involve a gradual change in climate and, we assumed, small changes in variability. I also assumed that with our wealth, technical capacity, and strong governance, we could take the steps to substantially reduce potentially adverse impacts of climate change. Our society had built major water and transportation within a few decades, at a faster commensurate or faster than projected rates of climate change. This did not assume that we would get everything right and not make mistakes, but that we could largely manage the increased risks.

Based on how the climate is changing and the difficulties we as a country have in addressing major challenges, I am now more pessimistic about how well we will do adapting to climate change. While temperatures are rising as had been forecast, sea levels may rise more than had been projected, and we are already seeing increases in climate variability and unexpected changes in hurricane formation and movement and in the extent of fires and fire behavior.

As these changes in climate have been emerging, our ability to adapt to them appears to be more limited. Our political system can work to address serious problems when a broad consensus exists about the nature of problems and the need for action. We are a very divided country politically, unable to agree about the science of such pressing problems as climate change and even the coronavirus. Our society seems incapable of addressing long term problems such as the general decay in infrastructure or decreasing public funding for education. Will we be able to overcome such problems to not only substantially reduce our greenhouse gas emissions but invest hundreds of billions to trillions of dollars needed to adapt to observed and anticipated changes in climate? While we have the wealth, technology, and governance systems that enable us to adequately respond to emerging challenges such as climate change, will the combination of more destructive changes in climate and our inability to effectively overcome major policy challenges cause us to experience more adverse impacts of climate change than had been thought? Based on what I see I am concerned it could turn out that way. I will focus on fire and risks to the wildland urban interface as an example of rapidly growing climate risks managed through decentralized and inconsistent policy processes that may not be up to the major challenge of adaptation.

Joel B. Smith has been analyzing climate change impacts and adaptation issues for over three decades. He was a coordinating lead author or lead author on the Third, Fourth and Fifth Assessment Reports of the Intergovernmental Panel on Climate Change. Mr. Smith was an author on three U.S. National Climate Change Assessments (NCA), including Chapter Lead on the International Chapter for the fourth NCA. He was a member of the National Academy of Sciences “Panel on Adapting to the Impacts of Climate Change.” Mr. Smith has provided technical advice, guidance, and training on assessing climate change impacts and adaptation to people around the world and to international organizations, the U.S. government, states, municipalities, and the non-profit and private sectors. He worked for the U.S. EPA from 1984 to 1992, where he was the deputy director of Climate Change Division. He has been a consultant since 1992 and is now an independent consultant.